"From February 6-27, 2019, The National Association of Women Artist presents a special small works show at NAWA Gallery, 315 West 39th Street, NYC. Zelene Schlosberg’s work “River Noir #3” will be on view with many other intriguing national women artists. Zelene Schlosberg is a visual artist concerned with the aesthetics of fragility and the meditative power of imagery. We are pleased to have Zelene to introduce her art to Feminist Connect."

Art is a mirror or a profound document of what it means to live on our planet in our time. Like all of the arts (music, dance, etc), it speaks in a deep way to the human condition. In general, my influences include traditional Chinese ink paintings and calligraphy, as well as the Buddhist writers that have impacted these artists. Another influence has been contemporary classical music, which I have been exposed to quite a bit the last five years. The sheer variety of stylistic approaches, not to mention the technical virtuosity of the practitioners, fascinates me.

There is a particular female artist who initially shocked me and now inspire me, the one and only Eva Hesse. I am fortunate to have had many years to ponder her exhibition catalogue “Eva Hesse: Sculpture,” organized by the Jewish Museum (NYC) and presented 2006. 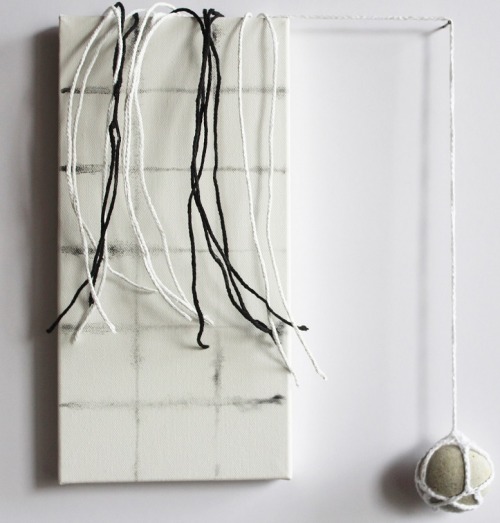 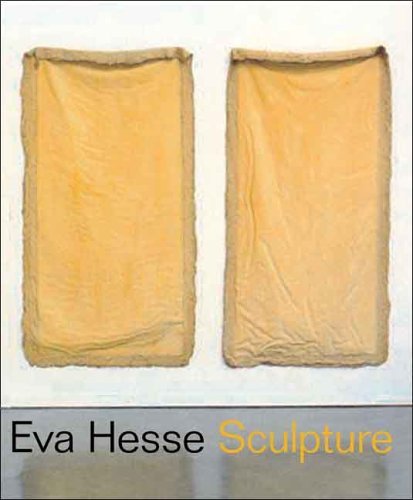 I was lucky to personally view her arresting work “Right After” in Milwaukee Art Museum in 2016, which one can view at the following link: http://collection.mam.org/details.php?id=8715 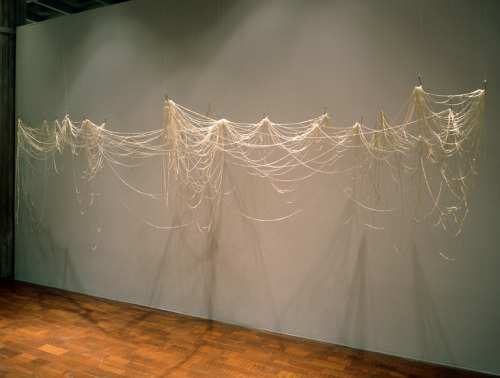 Rising to prominence in the 1960’s, Eve Hesse’s work continues to inspire because of its deeply thoughtful and atmospheric point of view. While the impacts are many and I might not be the most learned critic, I can point out at least two qualities that have had an effect on me.

First, the actions are manifest immediately and intimately. In the essay, “A string of nots, Eva Hesse’s Hanging Sculpture” by Mark Godfrey, Hesse described Right After’s construction less in terms of material treatments than as a series of linked actions: “Climbing around, getting things up, moved about, around and hung. For hands changing, manipulating, changes, things to allow things to happen. Suspended hanging, enabling themselves to continue, connect and multiply”. For me, the extended techniques I employ include cutting, wrapping, stitching and crocheting. To embed the gesture of making an idea manifest translates to a need to lead and direct emotion. I see the gestures and thread in my work breathe, run, struggle, fly, interrupt and escape. A chain of actions.

Second, the meaning of stillness. While the hanging sculpture Right After creates a strong impression that it should mobile, the truth is that it does not. Mark Godfrey commented that “Approach [Right After], and the stillness is palpable. Everything that seems mobile is solid, every loop and twist fixed”; Hesse “managed to make works that you would think were mobile but that turned out to be deathly still.” For me, the stillness is metaphorical with a hint of vulnerability. That stillness speaks to the experience of a self under siege from powers both external and internal, with the result that ultimate mobility and freedom is difficult. Physical mobility in my work is not a preoccupation, and the act of wrapping and threading renders them immobile. This creates a sense of tension between the desire to move versus the works’ essential stasis. 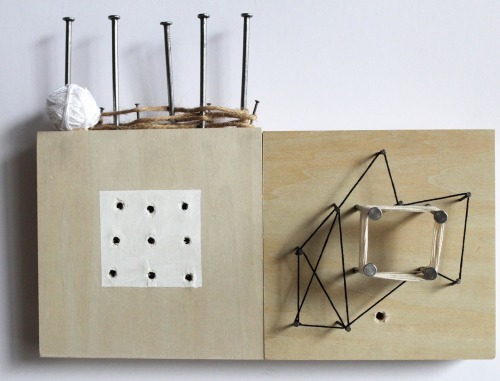 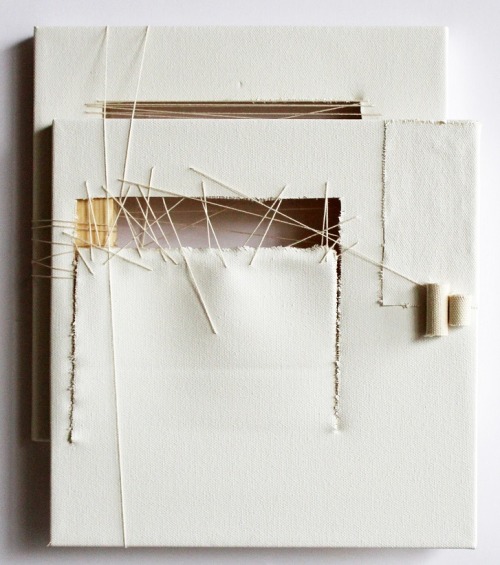 The meaning of Eve Hesse’s work is multidimensional, and artists who admire her focus on many different facets of her work. I hope this small essay brings to light one aspect of her extraordinary oeuvre.

Les Femmes Folles is a volunteer organization founded in 2011 with the mission to support and promote women in all forms, styles and levels of art from around the world with the online journal, print annuals, exhibitions and events; originally inspired by artist Wanda Ewing and her curated exhibit by the name Les Femmes Folles (Wild Women). LFF was created and is curated by Sally Deskins.  LFF Booksis a micro-feminist press that publishes 1-2 books per year by the creators of Les Femmes Folles including the award-winning Intimates & Fools (Laura Madeline Wiseman, 2014) , The Hunger of the Cheeky Sisters: Ten Tales (Laura Madeline Wiseman/Lauren Rinaldi, 2015 and Mes Predices (catalog of art/writing by Marie Peter Toltz, 2017).Other titles include Les Femmes Folles: The Women 2011, 2012, 2013, 2014, 2015 and 2016 available on blurb.com, including art, poetry and interview excerpts from women artists. A portion of the proceeds from LFF books and products benefit the University of Nebraska-Omaha’s Wanda Ewing Scholarship Fund.